Nothing Beautiful about “Pilipinas Kay Ganda”

Hmmm... some people say that the logo looks strikingly similar to this one of Poland's 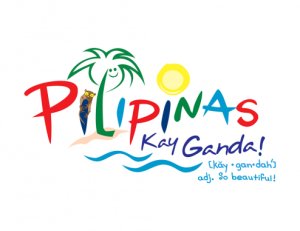 There is nothing maganda” bout the new DOT slogan, “Pilipinas Kay Ganda.”  Maybe those who thought of it were avid fans of “Game Ka Na Ba”and thought that the similarity was cool. Come to think of it, “Pilipinas Kay Ganda” does sound like the name of a game show.  I can almost hear Kris Aquino in her shrill voice looking at the audience and screaming, “Pilipinas Kay Gandaaaaaa!” The thing is, it doesn’t even sound good.  Marketing is all about catchy slogans.  It’s too cumbersome.  There’s no play of words or sounds.  In short it’s plain  “panget” (ugly). “Pilipinas Panget” even sounds better to the ears. Besides, with ganda being appropriated by everyone in popular culture and in street language , it may not exactly have the kind of appeal that  the DOT would want to have. Mention the word “ganda” and I associate it with Vice Ganda and BB Gandang Hari.  Perhaps the DOT should consider hiring those two as Tourism Ambassadress.  Go all out with the ganda.  After all, we are a nation that strives on appending our culture, whether tangible or not, with showbiz personalities.  I can just see it.     A giant billboard on the Philippine embassies around the world.  Coconut trees and tarsier  in the background. Vice Ganda and BB Gandang Hari dressed in the colors of the flag, ltheir lithe figures leaning back like two bamboo poles looking like Si Maganda at Si Maganda.  Above them  “Pilipinas Kay Ganda” hovers over their heads like a giant sun.  I can almost hear Ricky Reyes in his nasal voice  saying, “Ganda!”

Why use Filipino? Is it for the domestic market?  Have we lost all hope in attracting foreign tourists and have instead shifted all our energies in attracting our own?  Sure, the domestic market should never remain untapped; that’s  the rationale of  the holiday economics bill that GMA introduced (and we thank her for that) .  But shouldn’t the DOT, like any tourism department around the world, focusing on selling the Philippines to the world?  We need more dollars not  more pesos.  For the domestic sector, the old slogan, “Huwag Maging Dayuhan sa Sariling Bayan” should be revived and promoted instead.  It may be long but it sounds good and reaches out to the Pinoy’s sense of self.  So it is baffling to think  why  Filipino was used. How can you sell something to the world market with  a slogan  (that represents your product) that your  target audience won’t be able to understand.  The DOT probably thinks that with Filipinos in every nook and cranny of the world,  the next foreign backpacker off to the next adventure or the next high-rolling socialite seeking the next luxury destination must have learned at least some basic Filipino from their friendly OFW next door. If they wanted a Filipino word, “Mabuhay” would have been of better use as it ranks alongside “Sawasdee” and “Selamat Datang” in the universal consciousness.  We’re probably going to be the first country in the world that would put up billboards and other marketing materials promoting our country around the world with a translation.

From Wow to Ugh. “Wow Philippines”  was short, catchy, and fun.  I liked it.  Everyone says “wow.”  Prior to that, it was “Islands Philippines” which was also very nice and conjured-up images of paradise.  Those were slogans comparable to “Amazing Thailand”, “Malaysia Truly Asia” and “Cambodia Kingdom of Wonder”.  Slogans that not only are catchy but something that anyone  in the world would understand. Why the DOT had to let go of “Wow Philippines” which was launched under Sec. Gordon and carried over by Sec. Durano is beyond comprehension.   But then again, we’re talking of a new administration that seems bent to erase anything and everything, that the previous administration seemed to have done, whether good or bad.  It’s a case of breaking something that’s fixed.

Any traveler, local or not, knows what’s wrong with Philippine tourism– the lack of proper tourist information centers, the dearth of usable information that should be found in official websites, infrastructure, visa processing, etc.  And now, we can’t even attract them courtesy of our ugly logo.  Sure it takes more than a logo to bring tourists and keep them here.  But just as Manny Pacquiao has become part of the national identity by which non-Filipinos have come to identify us with, “Pilipinas Kay Ganda”  once it debuts on the world tourist stage becomes part of the national identity.  As an invitation to travelers, it is an identity that would be incomprehensible.  Well, maybe it really says a lot about what we are—- incomprehensible.

It’s not surprising then why travelers would rather go the extra aviation mile to head to Thailand, Indonesia, and Malaysia.  Why they would rather suffer the inconveniences in Vietnam and Cambodia. or even head to Myanmar in spite of certain ethical issues that may arise from it.  Yes, the Philippines is truly maganda but we can’t even communicate that.