Mt. Buntis: On the Trail of Bonifacio 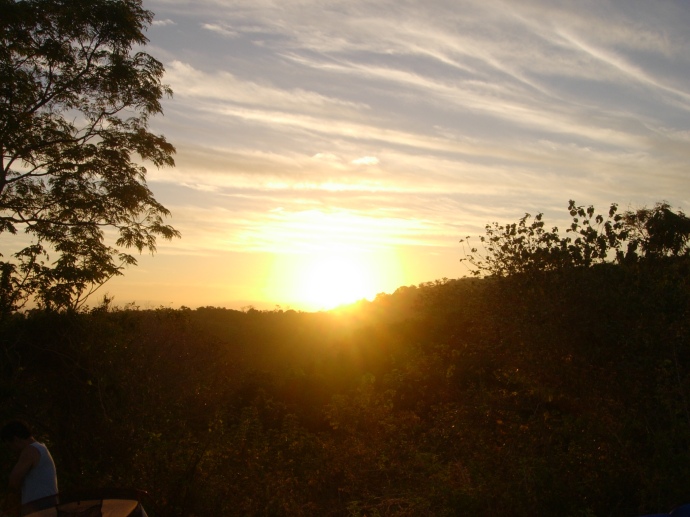 Maragondon, Cavite is enshrined in Philippine history as the place where Andres Bonifacio and his brother Procopio were court-martialed by the government of Emilio Aguinaldo.  Along the road is the bahay na bato that bore witness to this piece of history.  Now converted into a museum, the room where the trial was set has a life-sized re-enactment of the scene.  The place is sparsely filled but the house is beautifully restored.  Nearby is Maragondon Church with its ornately-carved doors and squarish bell-tower.  More interesting are the mountains surrounding the baranggay. Mt. Nagpatong was where Andres and Procopio were shot on the command of Aguinaldo.  Nearby is Mt. Buntis which people say resembles a pregnant woman lying on her back.  Our guide said,  there is a buntis therefore there is nagpatong. 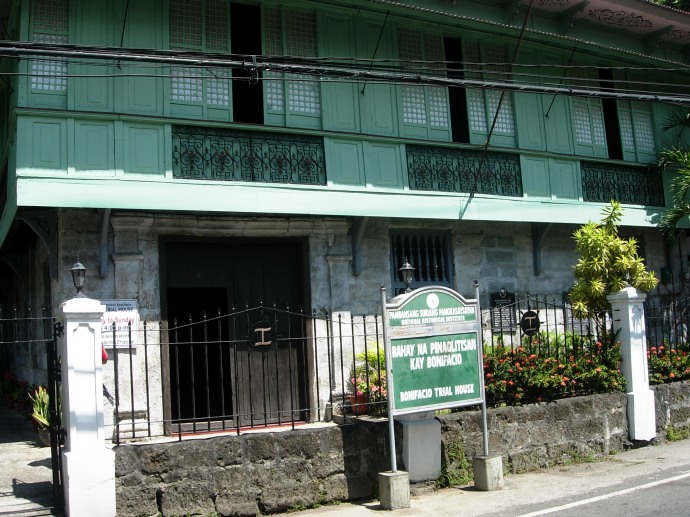 The figures seated are Andres Bonifacio and his wife, Gregoria de Jesus

The hike starts with hanging bridge crossing a really nice and peaceful river.

Mt. Buntis is really more hill than mountain like Bulacan’s Mt. Manalmon.  Rising only 100 meters, the hike to its base along flat open rice fields drying under the intense heat of the sun takes longer than the ascent through a much cooler leafy trail.  It’s hike that’s short and sweet.  However, that wasn’t what happened.

Close to an hour of hiking across the flat plains, as we rested on what seemed to be a dry river bed, our guide suddenly turned to us and asked if we could climb cliffs.  Rowell who had gone to Buntis two years ago had forgotten the trail but had certainly remembered not ever scaling any cliffs.  Jasper who had a better memory of the hike described a trail that ascended gently and where there was a fence to keep animals out.  Our guide, Christian, insisted that Buntis was “that one” pointing to the cliffs rising to the right and what they had gone to wasn’t Buntis.  That drew out jokes from everyone.

Assuming that locals know best, we headed to the direction the guide pointed out as we assumed that the other guide that would lead Mariano and Edwin who were following later in the afternoon would be taking the same route. So we walked along the dried river bed as the cliffs loomed high on our side.  Christian had said that there would be no trail on the cliffs as no ever really goes up and that we would have to make a trail!

Far away to the front our guide suddenly stopped and conferred with someone.  Then he turned to us and said: “Tama nga.  Balik nga tayo dun sa sinasabi nyo.”

Our hunches were right.  He didn’t really know the way!  He was probably just walking and looking for a way to go up.  We backtracked and a couple of hundred meters, we turned left to a small trail that gradually ascended.  Halfway up, he pointed to a large moss-covered rock and said that it was the one Jasper had spoken about.  A few minutes later, we reached the small campsite. 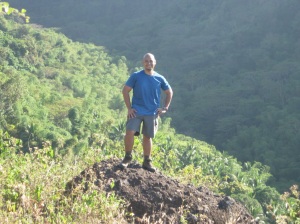 The surrounding mountains were beautiful while a green valley of banana trees and some palms lay below.  Far off to the east was Cavite City.  A few rock ledges with sheer drops made for great photo-ops.  With only shrubs growing out of the rocky soil there was no cover at all from the cloudless sky.  There wasn’t any wind either so it was really hot.  As the others rapelled on the line that Elf put-up, I looked for a spot to shit which wasn’t easy as there wasn’t much shrubs for cover.  The soil was also kind hard so digging a cat hole was near to impossible.  I had to cover my dump with some loose dry soil and leaves and twigs instead.

I set-up my tent and slept a bit after snacking on the cheese hopia I bought from Sonya’s Garden the weekend before.  A good snack always revives the spirit.

It was much cooler in the evening with a little breeze blowing.  It was a full moon night with the moon glowing orange in the star-lit sky.  All the tiredness from the Zumba workshop and launch party last Thursday and Friday finally caught-up with me. In spite of the really hilarious prom outfits of the guys (the climb was themed JS Prom), I was sleepy during socials. I turned in a little bit early with Rye waking me up and leading me to the tent.

Morning came and the first thing I did was to take a dump again on the same spot as yesterday.  It was only a few minutes after six and the sun was up on the east while the moon was still up on the west.  Unique.

Going down was really easy and we rested a bit on the small community of about five houses surrounding a large tree and dusty basketball court in the middle of the field.  It really looked very rural and quaint with nothing but hills and rice fields.  Except for the a radio blaring, it’s as if time had stood still on the small community.  The houses were built of nipa and wood a pozo was a source of water.   Christian was kind enough to get some ice from one of the houses so we can have cold water to drink.

Back on the main road that wound around the town, I passed by a couple of bahay na bato, one of the few remaining remnants of the colonial times.  Together with the Maragondon Church with its ornate wood carvings, these houses were beautiful examples of Spanish colonial architecture.  One house set amidst a quiet yard with trees and plants beautifully stood out as it was very well-kept. 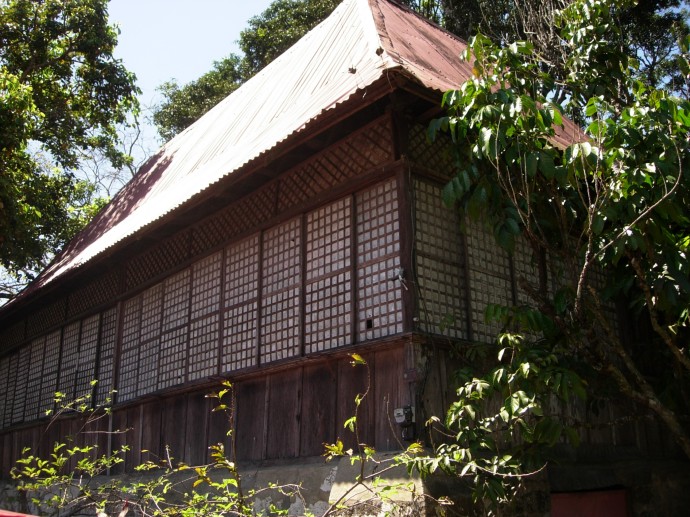 We took a bath at Eric’s aunt’s house then we headed to a roadside eatery for a late lunch before catching a bus bound for Manila.

6 thoughts on “Mt. Buntis: On the Trail of Bonifacio”