Hongkong Away From the Crowds

Arrived in Hongkong Friday morning for two me-time days before joining-up with the rest of the tour group on Sunday for the trip to Israel (so excited for this one).

Spent the rest of the day at Mongkok looking for the Mongkok Computer Center to buy a cheap sd card having left mine at home (whaast? No pics in  Israel?). After walking up and down Nathan and the back streets,  I stumbled on it.  Tip: when in search of a building in HK, remember to look up.  You might just spot the name. It was fun browsing the shops which was selling everything computer and digital related.  Found a cheap Scandisk 8gig card for only $49. Mission accomplished.

Headed next day to catch the ferry to Cheung Chau Island.  Bought a Deluxe ticket on the ordinary ferry.

Deluxe meant being on upper deck with a/c. Not very many people there.  Lower deck was a little crammed.

Headed to see some sights such as the ancient rock carving then followed the Mini Great Wall trail which had beautiful views of the coast.

There were a few lookout points where you got good views of the interesting rock formations which had been given interesting names such as Human Head and even Zombie.

Had some tasty snacks at several of the stalls lining the waterfront.  Saw these steamed buns but didn’t try them as I was still full from the dimsum I had for lunch. 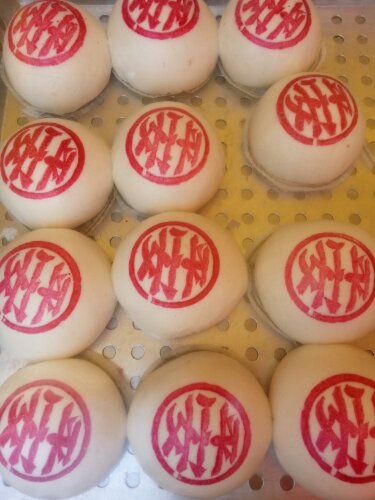 Took the inter-island ferry to Peng Chau but I mistakenly got off at the stopover in Lantau. Not a bad thing as I got to see the Big Buddha ( feet too tired by then to take-in the hundreds of steps ascending to the big guy).

I liked Lantau a lot as there were trails all around. Mental note: spend an entire day here some time.  It was past 4 in the afternoon so tackling the Lantau Peak was out of the question. 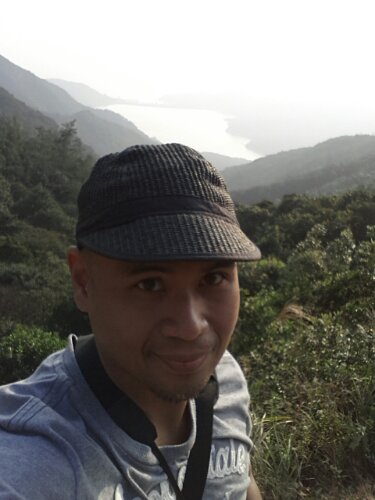 Did a quick walk through at Ngong Ping Village which was a recreated village filled with souvenir shops and even a multi-media show called “Walking with the Buddha.” Skipped the cable car and took the bus back to the pier instead just in time for the fast craft to Central.

Had a really interesting day at the 2 islands. There was quite a crowd as it was Saturday but not annoyingly crowded.