I was browsing the shops having just had dinner at crowded Shilin market when I heard music. I hurriedly rounded the corner and found myself amidst a crowd of onlookers in front of the Cicheng Temple at the end of the market. 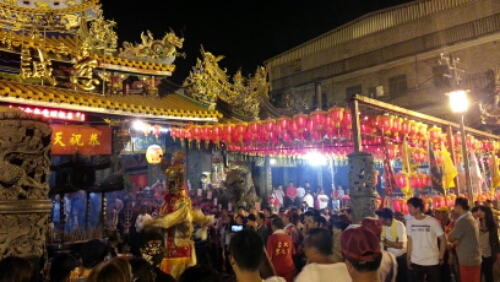 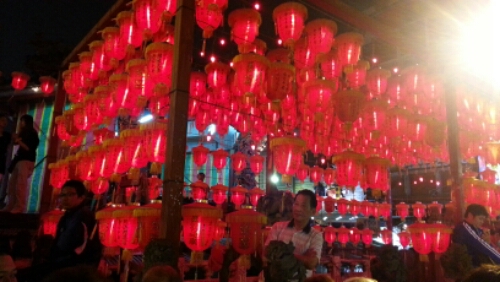 I happily positioned myself by the musicians as I watched the procession make their way to the temple. 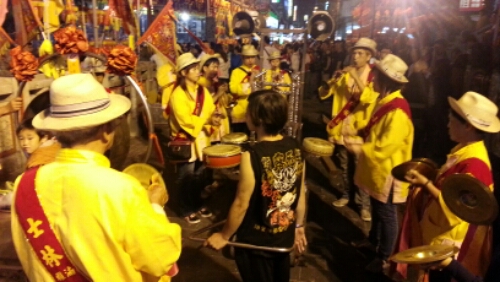 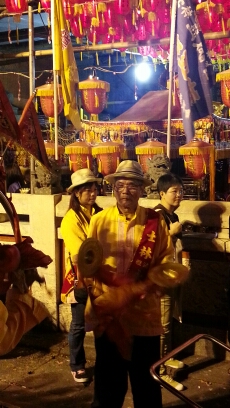 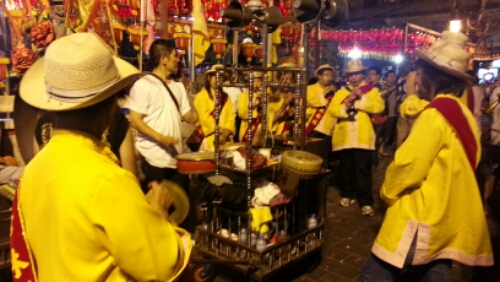 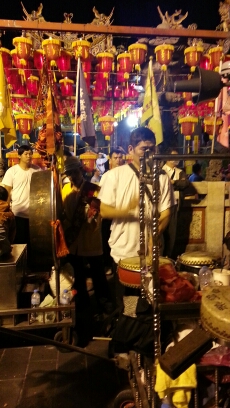 This drummer was just a bystander who asked to play. When he did, it was amazing as he seemed an expert drummer. The music became livelier as his rhythmic patterns varied.

The procession was just like the one I had seen last Saturday at the Baoan Temple. There were the giant figures and the chariots pushed by men. 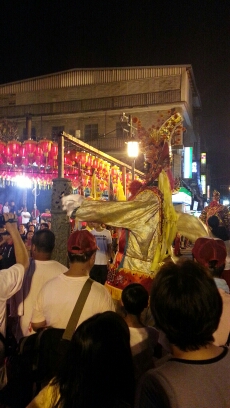 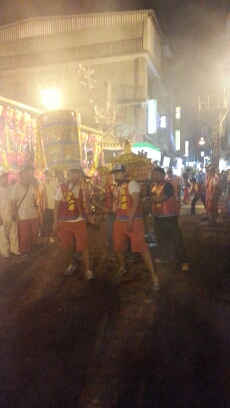 However, this one was more exciting as the chariots were preceded by a trail of firecrackers. As they exploded, the men pulled the chariot making it look like they were walking on fire. 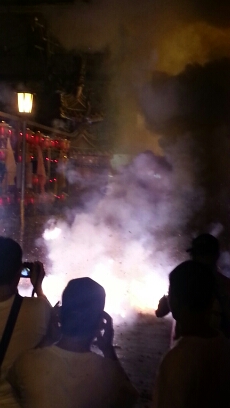 After each chariot, men would sweep away the debris then set-out new ones. Boxes of firecrackers were dumped and spread on the ground. 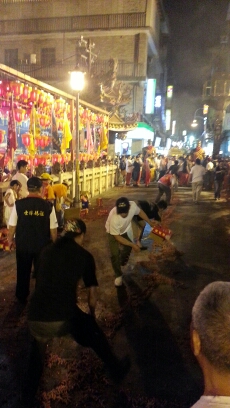 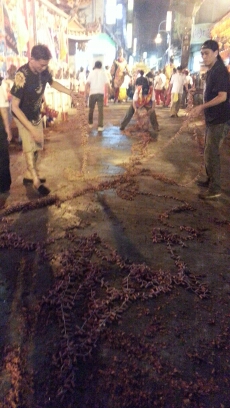 The crowd would pull back a bit and then the firecrackers would start popping. It was all very exciting to watch.

Inside the temple was another group of musicians, all male, who blew very long trumpets with a flower-shaped end.

When the last of the chariots had entered the temple grounds and the trumpeteers gave one final fanfare outside,  the crowd dispersed and people started offering joss sticks. 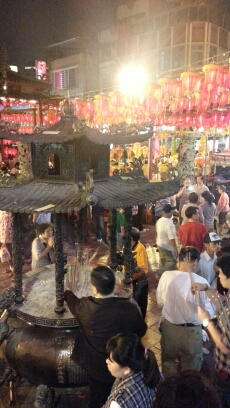