Khao San Road yesterday, revisited another Bangkok haunt–Chatuchak.  Never knew Chatuchak was open even on Saturdays (got the tip from the hostel owner).  I always assumed it was a Sunday only market.

Not too many people yet at 10am. 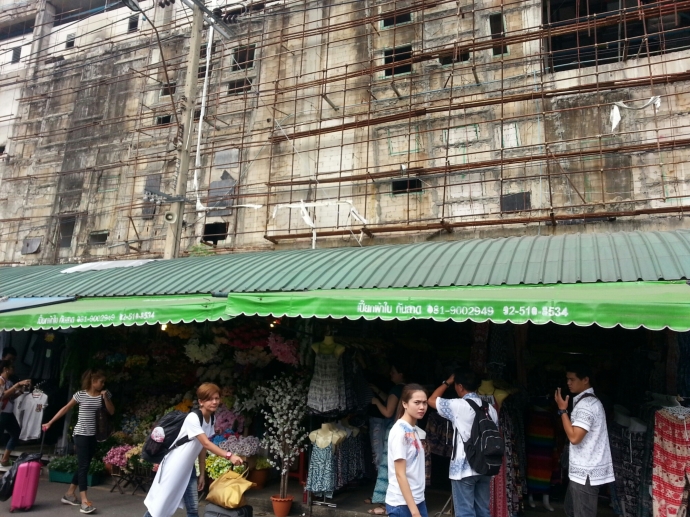 ​
Found myself in Sections 25 and 26 which is the place for northern Thai stuff. If you ddon’t ever get to Chiang Mai or Chiang Rai, you can get all yoir stuff here for that hill people look. 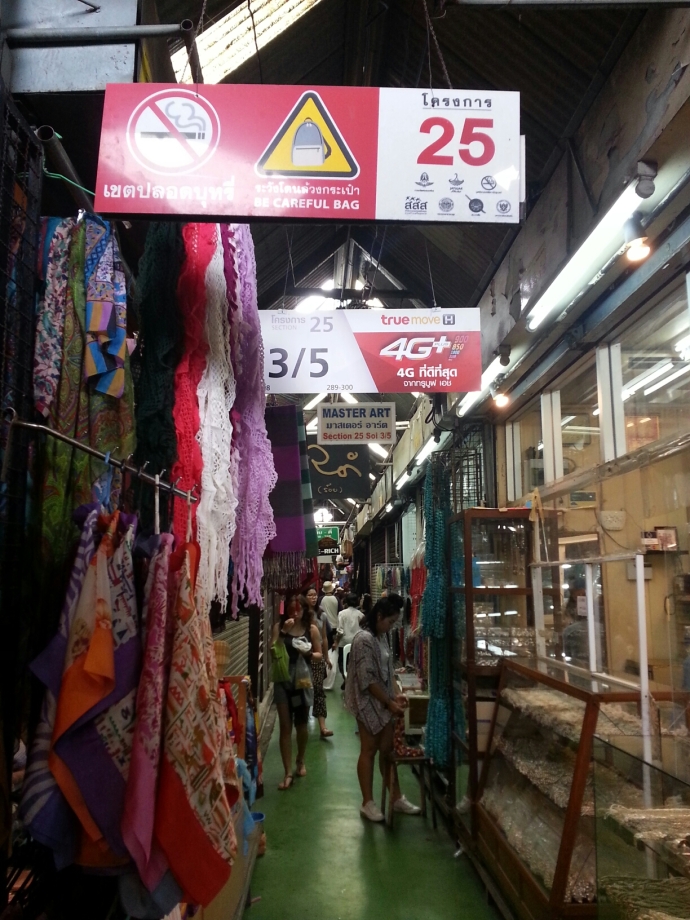 ​Saw many of the same clothes, accessories, and souvenirs sold in Chiang Mai though with less variety. The earrings I bought for my sis near Warorot market in Chiang Mai for TH 100 was at TH 120 at Chatuchak.  Not bad considering you  can bargain it down to TH 100. Bought 5 pairs at Chiang Mai and got them at TH 90 a piece. 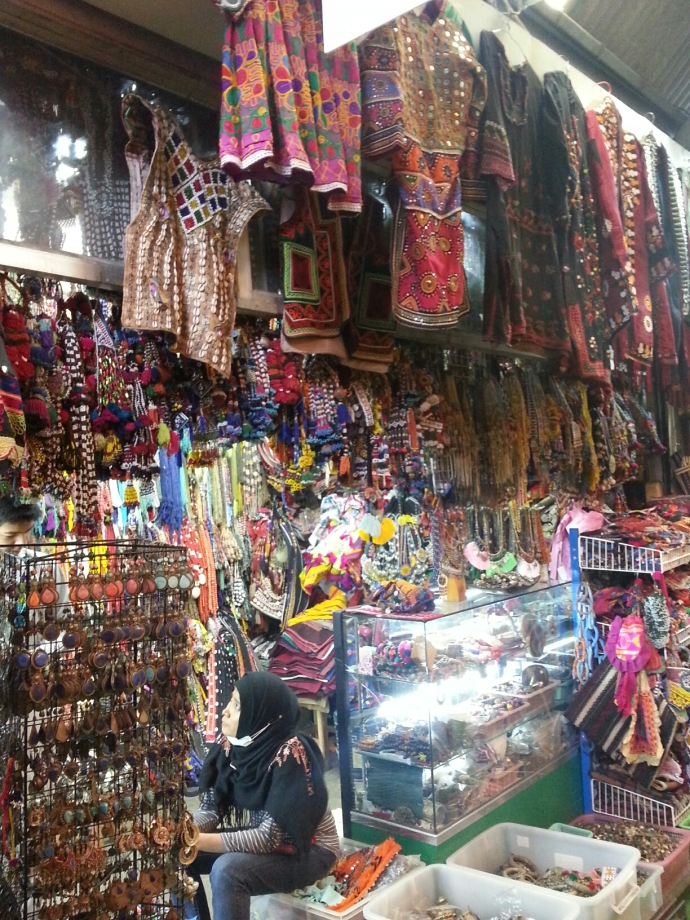 ​
Was primarily looking for music instruments and found some.  Bought a small gong for TH 1000 at a shop that had much brass crafts including rain drums.  Asked if they were original, the elderly shop keeper (owner?) replied, “new antique.”  Just as I thought.  After all, if they were real, the National Museum would have had their necks. 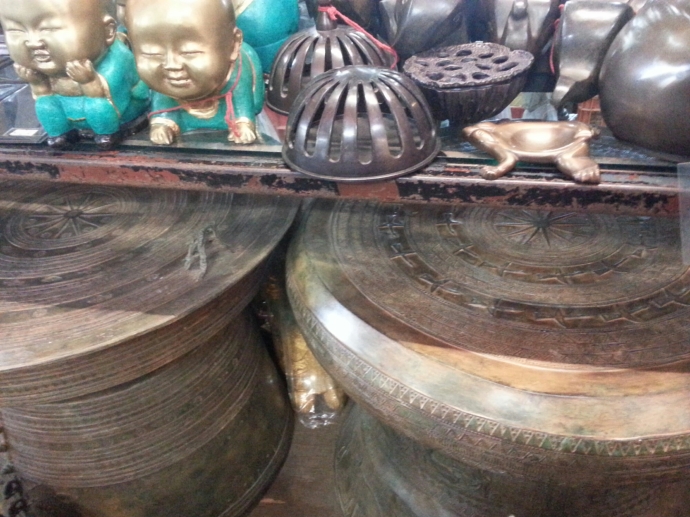 Bought a small percussion instrument (TH 200) at this shop selling African instruments similar to the ones being sold at KL’s Central Market and at the markets in Bali. 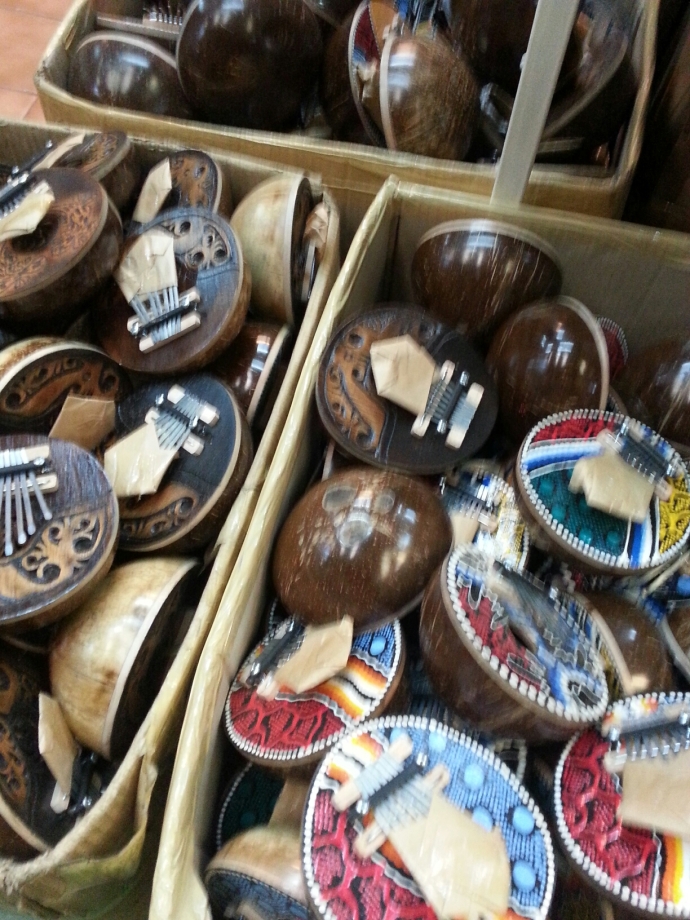 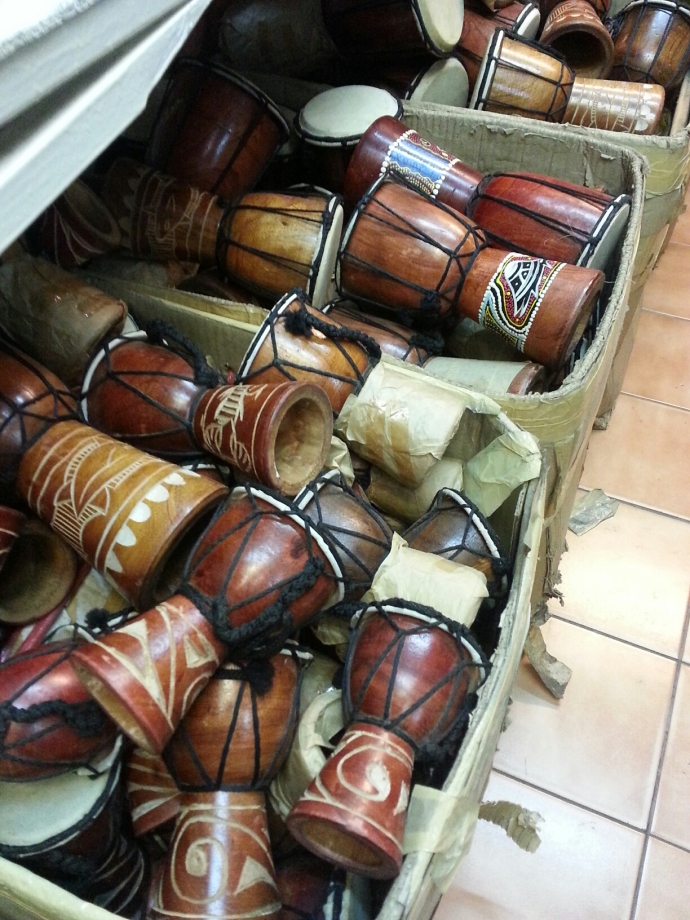 ​
Djembe all lined up in a row at another shop. 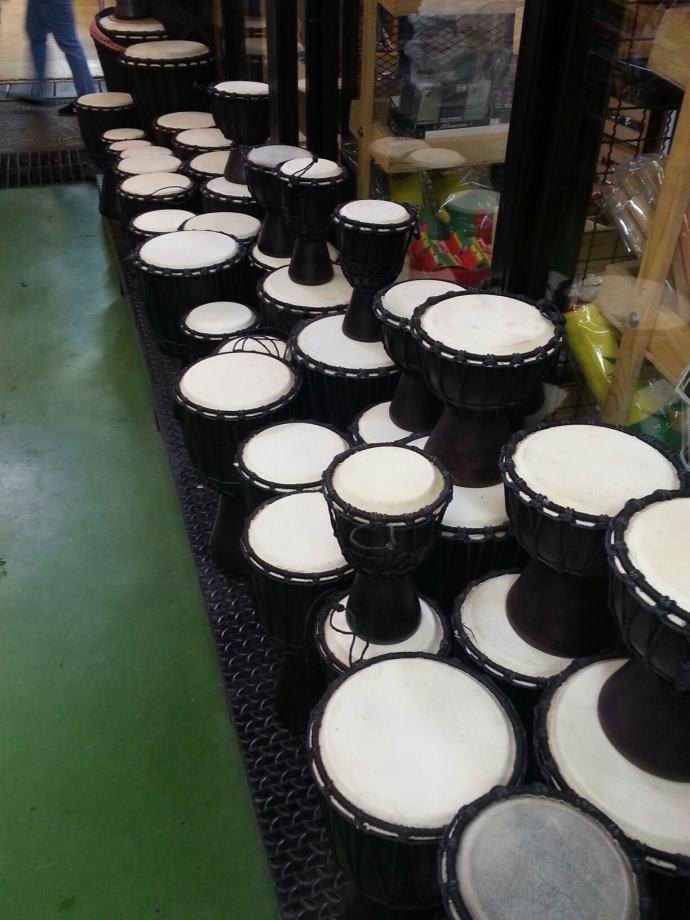 As written in Lonely  Planet Bangkok, I went in search and found Stall 464 at Section 8, Soi 5 which sells Thai music instruments among others including djembe (again!) 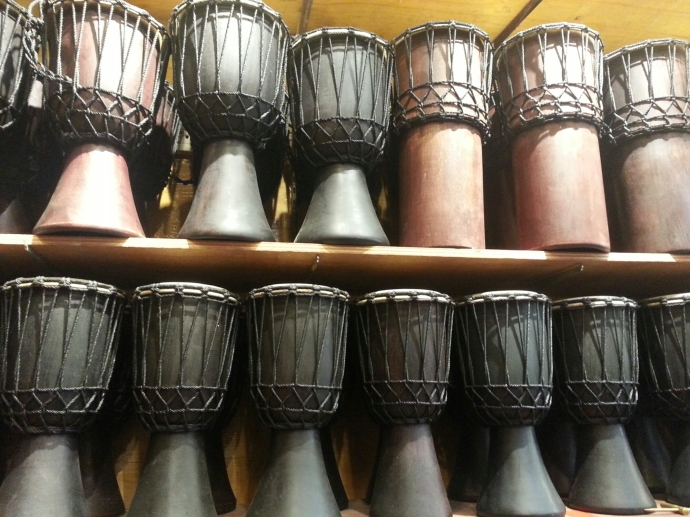 ​
Lots and lots of music instruments in this store   In fact, a Thai lady was buying a quim when I was there. 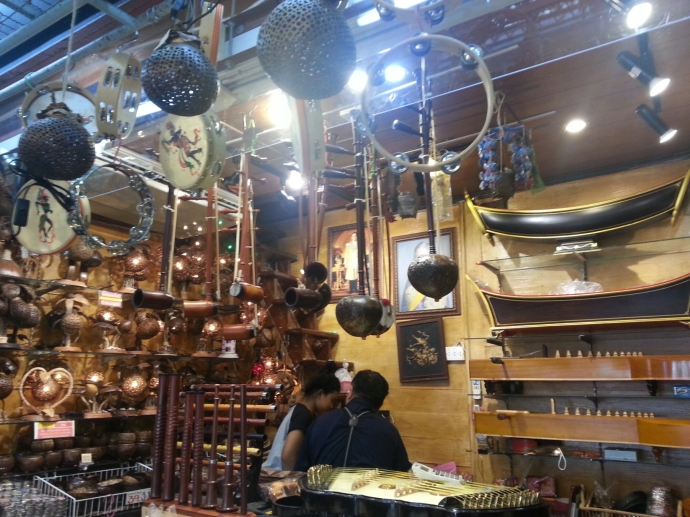 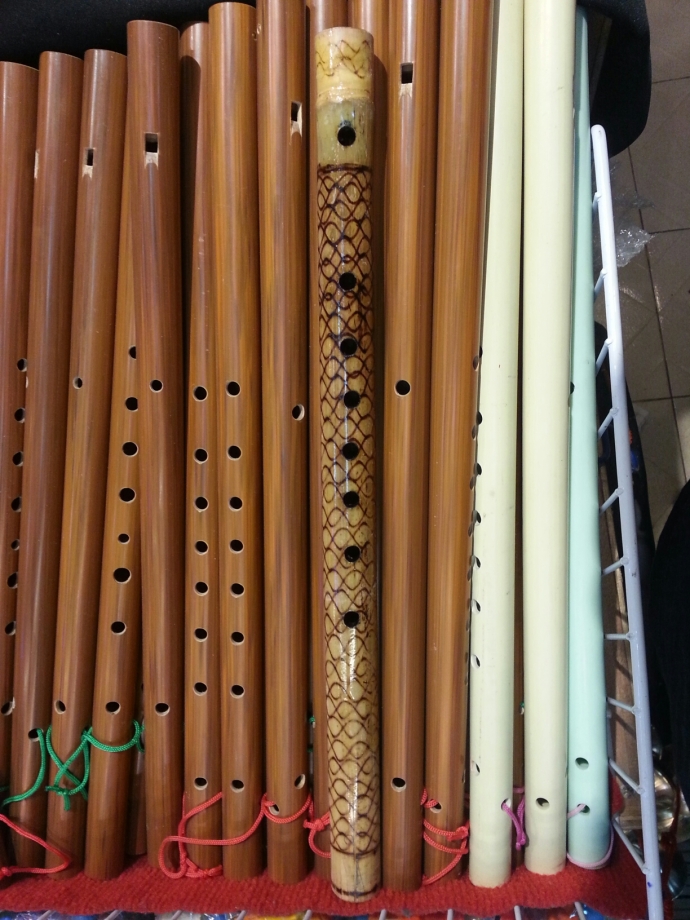 The owner, a kind round man was very jolly and was delighted to find out I was Filipino as he used to have a Filipino boss in Dallas.  I bought 2 drums and 2 jaw’s harps.  His sister-in-law who runs the shop gave me a free rattle that costs TH 150 aside from the discounts.  Good deal!

That ended my Chatuchak sojourn as I had to head home and pack the instruments.