Bosphorous Cruise: Bringing out the worst in people

We booked a Bosphorous tour (55 L each) at a tour agency just across the hotel. Meet- up was at the magazine stand by the Aga Sofiya Hamam at 3:30pm. Madame P and I arrived at 3pm just to make sure we would have enough time to look for the place. 3:30pm clocked in and we went to the stand. We had no idea who to look for as the tour agent merely said we will see his friends there.

“Will they be in uniform”

As I approached the stand, as if on cue, a well-dressed man offered “Bosphorous tour! Leaving now.” I told him we were already booked and showed him the ticket. He smiled and pointed to a lady in a pink t-shirt and jeans and an official-looking ID lace and ID around her neck and said she was our tour guide and to come back at 4pm. We decided to just wait at a nearby bench.

At 4pm, a sizeable crowd had gathered and pink t-shirt girl arrived waving a small Turkish flag. Indeed, she was a guide. We followed her down the cobbled road behind the Hagia Sofiya where we were joined by an even larger crowd. It was a 10-minute downhill walk to the pier. People seemed to be hurrying to the front. Lining-up at the pier, a dignified-looking middle-aged white woman tugging a young boy with her shoved her way to the front pushing people and causing a commotion. A male voice from behind shouted, “What’s the matter mom? You’re pushing people to the water just to go first in the bloody boat!” Everyone was quiet. An Indian woman in front of me softly said what seemed to be in everyone’s mind, “He is right.” I guess getting herded like cattle just to get on a ferry boat brings out the cattle in you.

Madame P and I took center seats at the open deck. The boat soon left the pier.

Our guide made running commentaries as the boat cruised the Bosphorous. 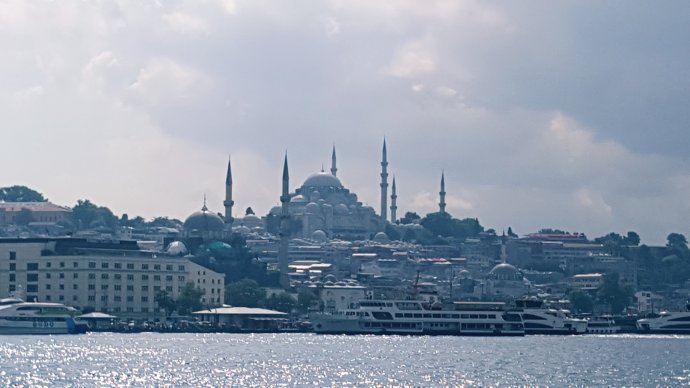 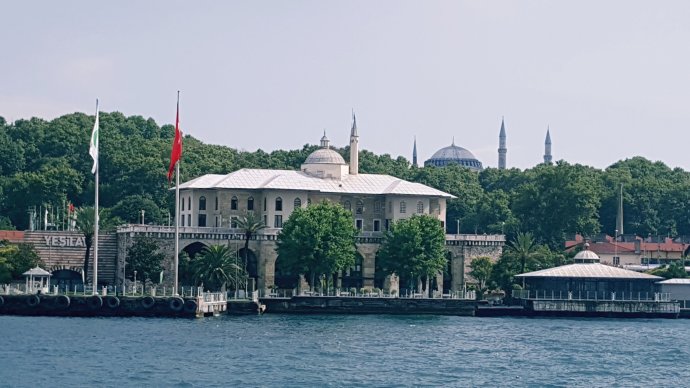 The tour itself was interesting as we got to see the beautiful structures at both the European and Asian side of Istanbul. 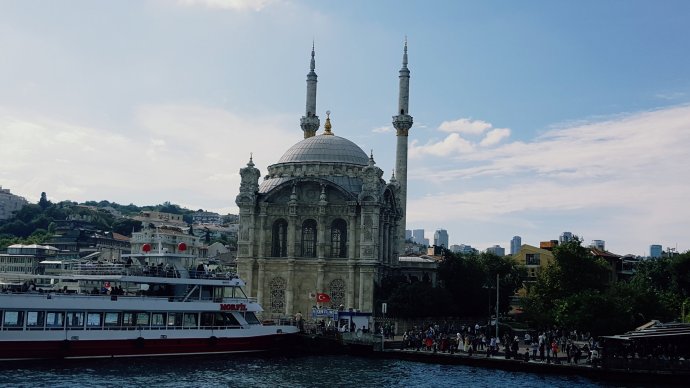 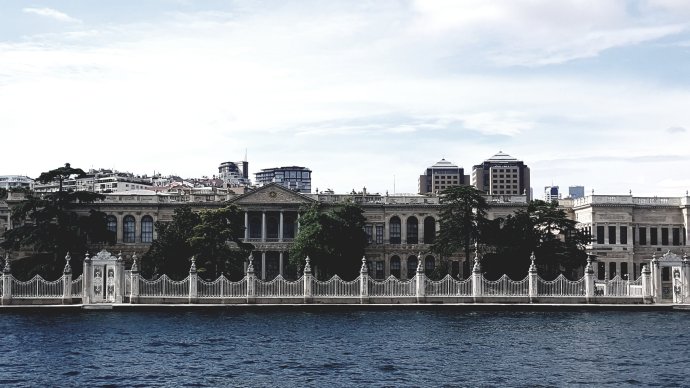 Aside from the ornate palaces, what took my breath were the beautiful homes of the rich by the sea. 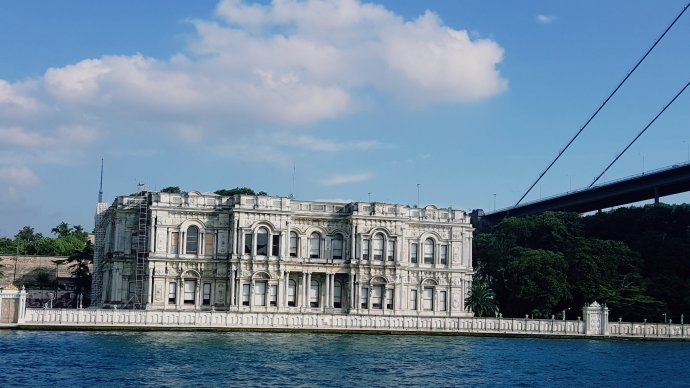 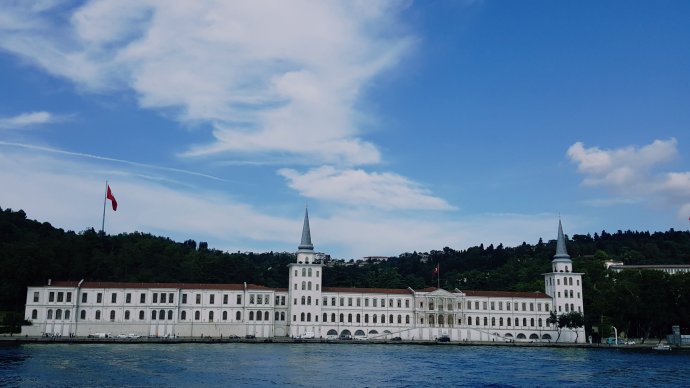 Cargo ships are a usual sight at the Bosphorous as it is one of the main sea passages. 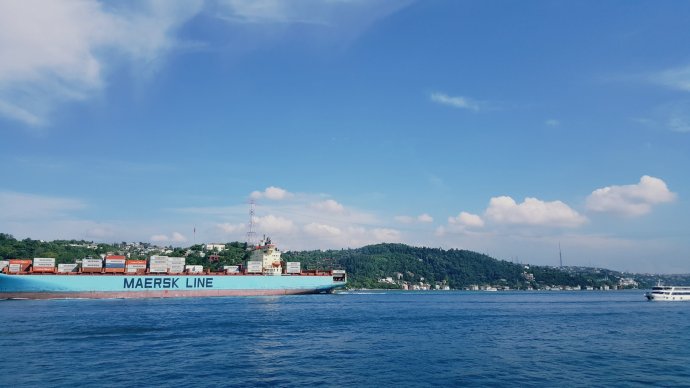 The entire trip took about 2 hours. It was quite enjoyable as looking at the city from the Bosphorous gave it a different angle. It was also a way to see the different neighborhoods such as Karakoy and Besiktas.